Osa Seven and the other artists produced work representing La Liga’s values in 12 cities worldwide to champion the return of Spanish football which held its first game after the suspension on Thursday, June 11, 2020. 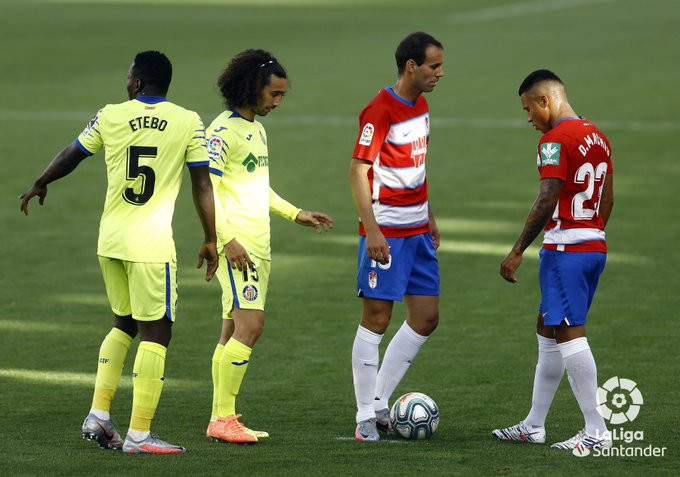 These artistes from five continents and 12 seperate locations were commissioned to produce unique football-inspired murals in cities across the globe including Lagos.

The end result is a colourful array of bespoke artworks that blend colloquial characteristics and iconic La Liga symbolism, while bringing to life the raw emotions embodied by the campaign #BacktoWin.

The #BackToWin campaign has been launched by LaLiga and its Spanish broadcast partner Movistar to celebrate the importance of bringing back professional football for a series of stakeholders across society: including clubs, fans and the wider sports industry.

“The story behind this piece of art is victory to me. It shows, the celebration of a goal. One, celebrating that football is back, and two, celebrating life, that with everything happening, we still came out victorious,” Osa Seven said in a statement sent to Pulse.

“After 92 days without official matches we are delighted that football is returning,” Óscar Mayo, LaLiga’s Head of Revenue, Marketing, and International Development said in the statement.

“The fact that La Liga is back means so much to everyone who loves football, and to celebrate we wanted to capture that raw emotion with our ‘United Streets of LaLiga’ campaign.

“From Lagos to London and Bali to Bogota, our artists have brought to life the excitement of fans for the return of LaLiga and along with fans across the world we can’t wait for Spanish football to restart.”

“LaLiga knows the power of football to bring joy to millions of people and we hope that the return of Spanish football signals society’s gradual return to normality, so we wanted to celebrate by creating something inspirational,” Guillermo Perez Castello, LaLiga Global Network delegate to Nigeria, added.

“This piece of art embodies our victory as a society, by being back after these trying times.

“Nigeria is a Country of football and art and working with Osa Seven allowed us to bring those two passions of the local fans together. We are really thankful to him for how he has understood and embraced LaLiga’s #BackToWin philosophy to create something truly memorable.”

The graffiti is located at the basketball court at 23road X close Festac Town, Lagos.

Sergio Ramos Becomes Top-Scoring Defender In All Of LaLiga History